The Third Reich and the Ukrainian Question/ Documents 1934-1944 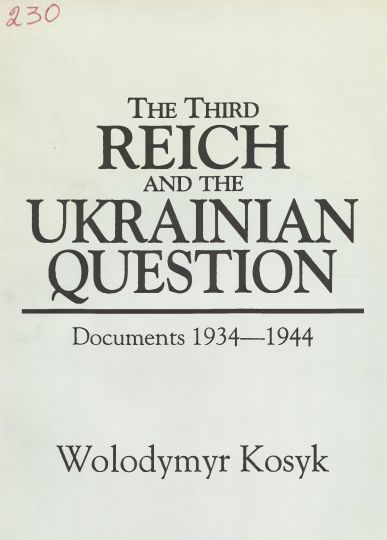