Soviet Political Psychiatry / The Story of the Opposition 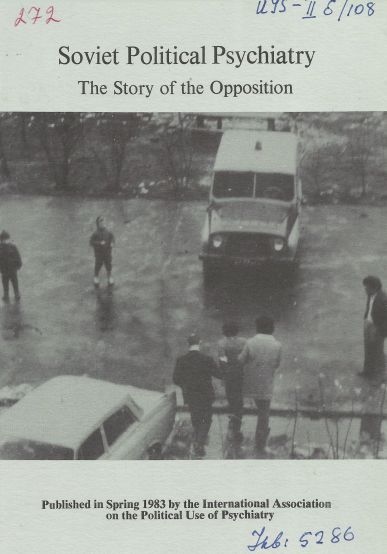 Parts I and II of this booklet describe the more visible aspects of the heroic struggle being waged in Russia to defend basic medical ethics and combat politicized psychiatry. Part III looks at a more hidden aspect — at some of the victims who have been resisting perversions of medicine for periods of up to 14 years without a break. Though cruelly isolated and often pathetically enfeebled by their “ordeal by drugs”, these people somehow continue to maintain their dignity, still refusing to make the false recantation of their beliefs which would quickly earn them their freedom, still defying the fearful alliance between a totalitarian regime and complaisant doctors.
The booklet was compiled through the joint efforts of three member- groups of IAPUP — part I by Britain’s Working Group on the Internment of Dissenters in Mental Hospitals, part II by France’s Committee of Psychiatrists against the Use of Psychiatry for Political Purposes, and part III by Holland’s International Podrabinek Fund (Bukovsky Foundation).