Was it really Russia that was christianised in 988? 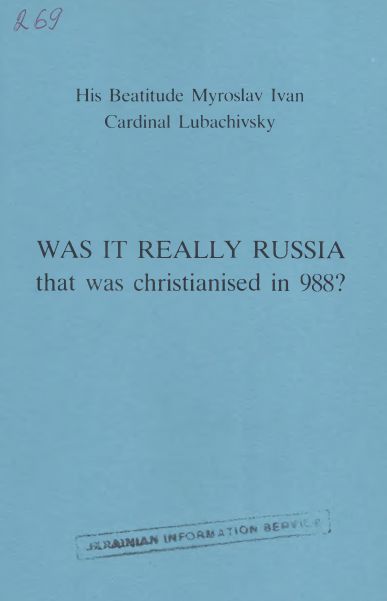 For a few years now, we have been hearing that Moscow is making preparations to celebrate the alleged “Millennium of Christianity in Russia”, on which the Orthodox Patriarchate of Moscow is spending huge sums of money. It is both curious and inconsistent with Soviet ideology and religious policy, that the USSR, a declared atheist state, is preparing to celebrate the thousand-year existence of the Christian religion “in Russia”, a religion, which this very same state persecutes and destroys in every way possible, saying that there is no God, and that religion is an “opium of the people”. In 1984, a luxurious book entitled The Orthodox Church in Russia was published with a dedication written by a Prince of the Catholic Church. Among other things, this book talks about the “Millennium of the Christianisation of Russia”. Therefore, with the help of God, let us look into this strange matter.