The real face of Russia 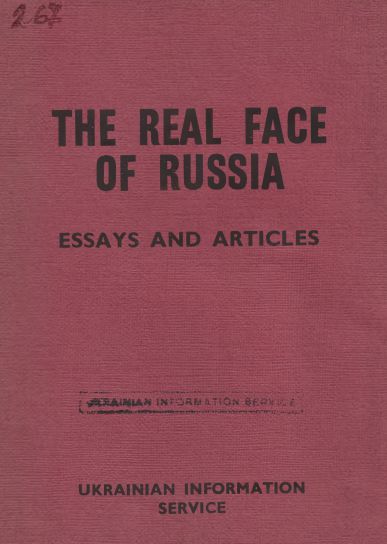 This book appears at a time when the Bolshevik rulers of the Russian communist empire are triumphantly celebrating the 50th anniversary of their take-over of the reins of power. All their huge propaganda machine is working itself up to glorify and magnify the “achievements” of half a century of Bolshevik dictatorship. The sad and shameful history of the Soviet Union in the last five decades is all but forgotten, its bloodstained pages are being surreptitiously torn out or compromising stains erased, uncomfortable skeletons are being hastily buried in the cupboards, and the world is being presented with a glossy picture of a powerful, benevolent and developed state, brimming with energy of happy and united people, multiplied by the harmony between the nations making up the USSR.

Many people in the free world are hypnotised by such a biassed picture of the USSR, and even sometimes believe its claims to represent the apotheosis of an internationalist society.

What are the components of the Muscovite Messianism, the spiritual nomadism, which today threatens to extinguish Western culture and with it also the Western way of life? We find the answer to this question in this book.

This is, in fact, a book which ought to be read by all those wishing to understand the present-day world crisis, for it explains and plumbs the problem with which at the present time the entire world is concerned.