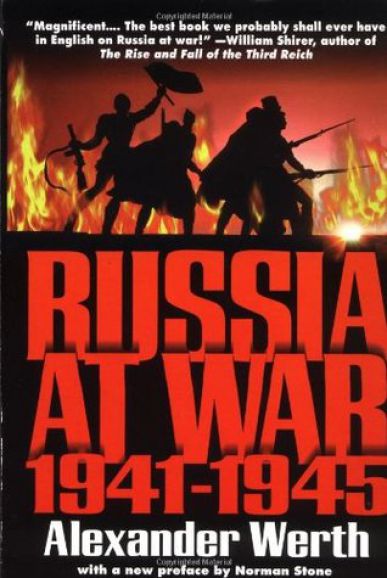 In this widely acclaimed history of a country at war, Alexander Werth unfolds in startling human terms the story of the Russian people and their leaders in the Soviet conflict with the Nazis from the disasters of the Second World War to the beginnings of the Cold War. Himself an eyewitness to the shattering historical drama he vividly records, Werth offers an intensely detailed chronicle of the events that exceeded in savagery and hatred any other on Russian soil. From the hardships of the citizenry to the sweep of massive military operations to the corridors of diplomacy, this modern classic captures every aspect of the grim but heroic Soviet-German war that turned Russia into the most powerful nation in the Old World.