From the Inexhaustible Source (Written on the occasion of Christmas Day, January 7, 1957) 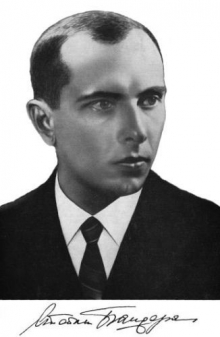 The struggle with Moscow’s version of the Communist doctrine is a battle for life and death. It is so, not only for those who knowingly choose to oppose it, but also for entire nations that have been caught in its merciless vice. That is because the ruthless extermination of individuality, self-reliance, any expression of love for freedom, the cold and methodical annihilation of human beings, this is the essence of Moscow’s “national policy”. Every enslaved nation, all its strata and every individual constantly stand before the dilemma: to be vanquished and become Moscow’s obedient tool, or to perish.

In the beginning of Communist rule we were told that the project consists of the extermination of certain “class enemies”, those who stand in the way of the advanced and humane school of thought to expose its best qualities. They said, one day a new generation will grow up, raised in the communist spirit, the entire world will be convinced in the benefits of this new doctrine, and then the machine of oppression and extermination would be retired as no longer needed. However, the multitudes of “class enemies” kept increasing. The machine worked and worked. During four decades the “new generation” had time to grow up, become adults, get old and have grandchildren, who now since birth were raised in the correct spirit. But nothing has changed. It was still necessary to oppress and kill people. Without it, the communist “kingdom of universal equality” cannot survive.

People did not change. The sense of justice, human dignity, the thirst for the truth could not be eliminated. People did not believe that the inhumane communist system functioned for their own good. They did not believe that their executioners are knights, that the victims were unavoidable. They were then separated from the rest of the world by a wall, telling them day and night about the poverty and lack of opportunity for the working men in the capitalist countries and making them thank the “party and the government” for every breath of air. Everything that is dear to the  human heart and to the soul of the nation went under the knife: the Church, national traditions, all forms of unique culture and creativity, the history, the literature unless it performed an educational and propagandistic function. Where the rich prairie of diverse grass once blossomed, scorched earth remained.

It seemed a better condition for turning men into whatever they wanted could not be invented. All the obstacles were removed, all resistance suppressed, people brought into obedience and under complete control. But no! Nothing helped! And this failure is the clearest evidence that the task of building communism and creating a “new man” is madness, utopia, and destined to fail. That is because its foundation was a false view of the nature of man and society. Indeed, to a materialist the spiritual dimension, that is, everything lofty, luminous, ineffable, is nothing other than a product of living conditions, class loyalty and educational circumstance.

When the creators of the “new social formation” and “new man” realized their defeat, they found an original resolution: they declared the current condition “transitory” and shifted wholly to what they do best, oppression and expansion. The man in his present “defective” condition has to be maximally enslaved; the rule of the Communist Party of the Soviet Union must be spread as wide as possible. Ideally worldwide. Thus the transformation of man and social relations in accordance with the communist utopia was postponed indefinitely.

This forced “compromise” generated a whole layer of party bureaucrats, who long since have lost their faith in the communist ideals, but instead possess quite pre-revolutionary bureaucratic and police “talents”. And the chief talent is hypocrisy.

People are still force-fed the communist doctrine. However, nowadays the psychotic fanatics are not doing the force-feeding, but well-fed functionaries. They have learned to carry out the terror, skilfully directing it where their ideological monopoly is threatened. The terror in their hands took on a more sophisticated form. If before the tactics were to exterminate, now they prefer isolation, discrediting and seduction to join their side. The past decades had taught them that terror is not all-powerful. In the past they had overused this potent medicine of  threat of death and now they realize that threats don’t impact the internal rod, which won’t bend and won’t break, because the rod is planted in things beyond life and death.

Life, in their worldview, is the highest value. Death is its negation. How can one consciously exchange the first for the second? How does this trick work? Not understanding the nature of that choice they could not nevertheless avoid the immutable fact that this choice is made by millions of people. At times, by entire nations! As they deny the eternal soul they deny Him Who is Life and the source of life of each man. Who is before all life? With whom each human soul unites past the threshold of death.

It is not an accident that the creators of “new life” made war on the Church of Christ. There is a reason why with such mad determination they tried to uproot the principles of a traditional popular religion. But even as they destroyed the churches, exterminated the clergy, deprived the people of all visible signs of church life, they could not remove the root of faith that is present in the soul of man from the beginning. The longing for God and the unstoppable urge towards Him.

The man-hating system built by the communists put the truth in prison, with barbed wire bound it in concentration camps and drove it underground. The system left nothing except lies and falsehoods. But one thing it did not find the strength to do: to deprive man from being able to tell truth from falsehood, from the yearning for the truth, from the readiness to fight and suffer for the truth, and from the ability to have faith in the inevitable victory of the truth. That is because on the road of truth and honour the human soul draws nearer to God. It is not possible to block the soul from going on that road. No matter how they try, the soul returns to that road.

The love of the fellow human and the sense of justice also cannot be exterminated from human relations. Because they are the gift of God that no one can take away from us. It is love for the neighbor and the sense of justice that are the foundation of the national consciousness, national sense and national honour. These are only holy when they spring from that Divine source and are illumined by its light.

This is why any, however feeble, signs of national revival and reference to the national tradition cause such fierce hatred in the communist bureaucrats. They want people that are divided and confused so that they can manipulate them better: send them to the “great construction” projects, put them in uniforms and throw them against machine guns. But however long one poisons the national sense in a man, it will still break through like grass through asphalt.

Precisely these properties of the human soul, that cannot be uprooted, call the soul to resist communist tyranny, which is fated to hate God, nation and man. The ability to resist this, at the first glance, invincible enemy points to the source of strength inside the fighter that exceeds the natural human capabilities: the Divine Inspirer. That strength comes from our faith in the merciful, grace-filled God, His only begotten Son, our Lord Jesus Christ, and the Holy Spirit. Everyone can drink from this bottomless well as much living water as his soul is capable to absorb. Under the most difficult situations, in the greatest calamity, in the desperate struggle, when it seems that the entire world is against you, the faith in the Savior brings immediate and indestructible belief.

The task to defend and preserve the Church of Christ from destruction cannot be separated from the general tasks of the national liberation movement. It is one and the same task, in which the Church and liberation struggle go hand in hand, saving and strengthening one another.

In these Christmas days all our thoughts are, of course, about our longsuffering nation, of our relatives and friends in Ukraine, of those who languish in prisons, concentration camps and exile. Above all of this is the great mystery, the Mystery of the Incarnation. Why did Our Lord come to us in a humble abode of shepherds, in the image of a helpless baby, in need of care and protection? This thought fills the soul with faith and love. It is not a matter of humility, for true debasement is the company of self-righteous sinners, not humble simple men. Our heart is captivated with something else: that Christ came to those who more than anyone else needed Divine help. He came even less powerful than they were, and having received help from the shepherds made them imitate the Most High, raised them to a soaring height. Because they gave of their grace to the Author of all grace.

This striking Christmas metaphor overshadows our thoughts of the beloved nation, of the faith in Christ, of our enslaved Fatherland. We, the fighters and the sufferers of the Ukrainian liberation movement – are helped by God! From this inexhaustible source we derive our strength. Our faith directs us on the road of the fight.