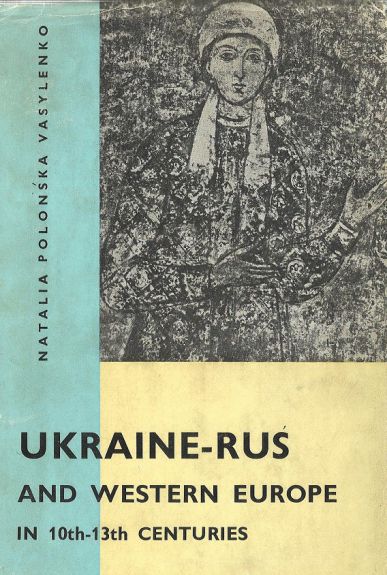 The State of Kyevan Rus which flourished in the 10th to 13th centuries in Eastern Europe was the first form of political organisation of the ancestors of the present-day Ukrainians well-documented by history. The Ukraine-Rus of the Middle Ages, which was a powerful State on a par with Byzantium and the German Empire, had close contacts with both as well as with other kingdoms of Europe, including Scandinavian States, England and France.

The political, economic and cultural bonds made it an inalienable part of Europe. Professor Natalia
Polonska-Vasylenko traces ancient Ukraine’s relations with Western Europe, in particular the close dynastic links between the ruling houses of Kiev and West European States.